Converting Self Promoters Into Evangelists 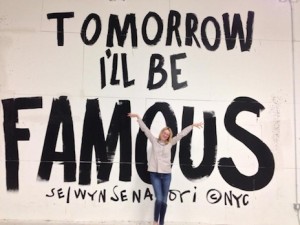 The night before PF Global Artists’ Pop Gallery for Selwyn Senatori opened in Chelsea, the artist feverishly painted the entire space. On one wall, he painted out the words “Tomorrow I’ll Be Famous”. It just happened to be the wall facing the busy street.

The enormous wall attracted tons of street kids who wanted to take photos to post on their networks. While trying to sell art, foot traffic from a bunch of teens is not necessarily welcome- all day. They’re loud and get too close to paintings. But the gallery was open to the public.

So we decided, let’s use them to our advantage. In exchange for a picture, you have to use the hashtag TomorrowIllBeFamous. They didn’t m 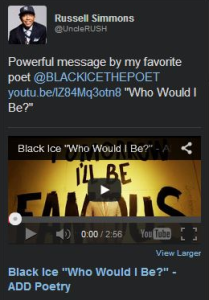 ind. They loved the motto. Eventually the hashtag penetrated deep into the urban crowd and the managers at PF Global Artists were able to leverage that cred. An emerging artist asked to film his video in front of the wall. Then, Russell Simmons tweeted out the video, featuring Senatori’s work, to his over 3 million followers.

Now the Amsterdam artist has some legitimate US exposure– started by a bunch of selfies.