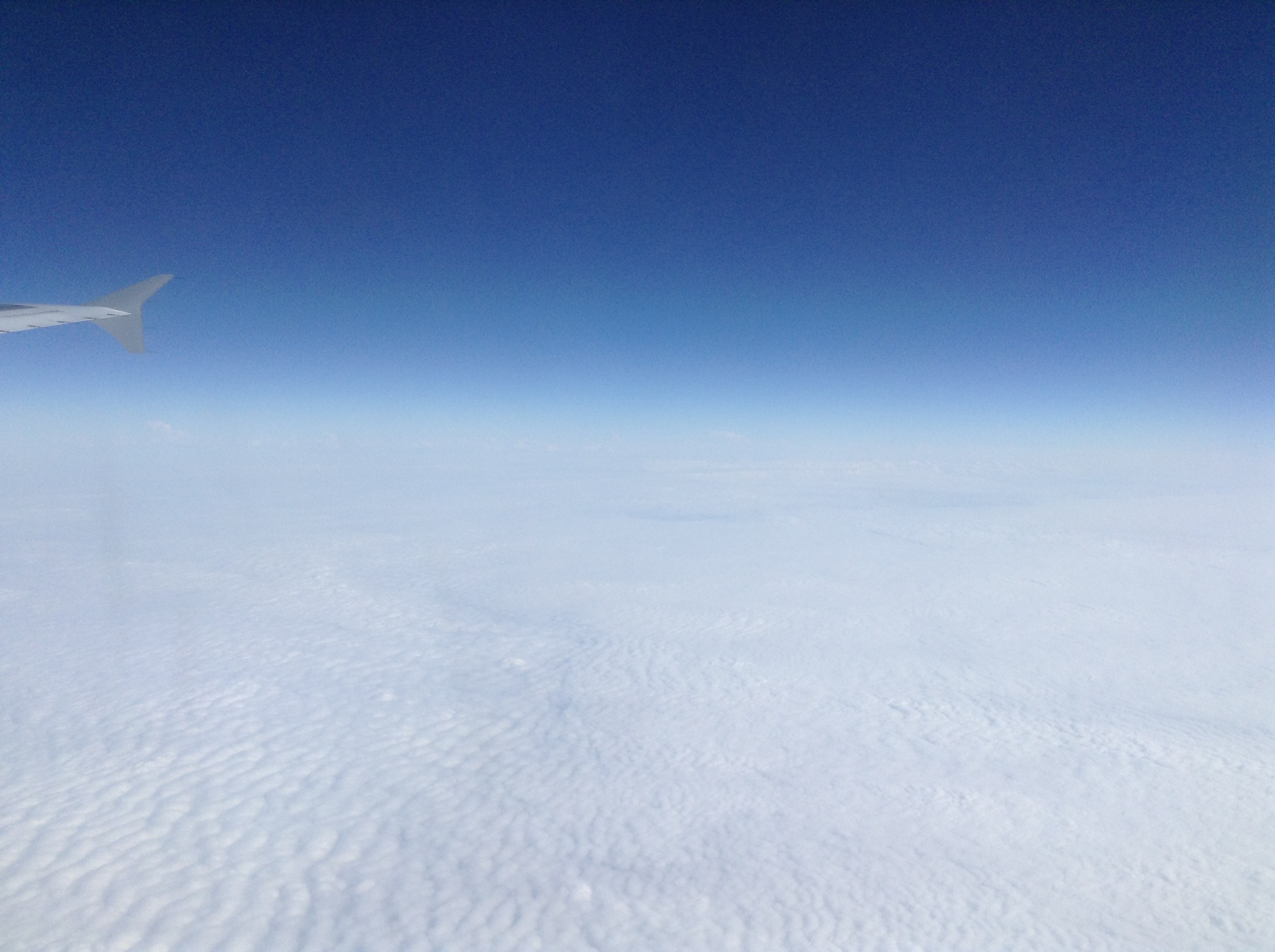 Over the years, I drifted into sleeping on planes. Then–I had a terrifying descent and plane rides became uncomfortable and restless.  To get over my jitters, I started gazing out the window and facing down the unknown of the crystal blues and bubbly whites. In my therapeutic stares, I began to see images in the clouds and think of stories. I then started tackling my long-percolating script and plane rides became fun again.

So if you’re having a narrative dry spell, why not get up in the air and seek out some inspiration in the sky. It worked for me.